One day, a group of students from the world-famous Massachusetts Institute of Technology decided to try to beat the casino. That is how the famous MIT Blackjack Team was formed. The most well known organised group of card counter of the history.

Why blackjack? Because they found out it was the only casino game they could beat, at least legally. In the '90s, the Team began to go on trips to Las Vegas regularly and always returned with a big pile of money. Of course, the composition of the Team changed as students came and went from school.

"They won over $ 400,000 in Las Vegas in one weekend," said Gordon Adams, a member of the investigation team.

The MIT Blackjack Team used a card counting methods. This helps them find out blackjack tables with players' advantage. By knowing which cards are still left, they bet either high stakes.

MIT Blackjack Team in the Beginning

MIT players were not the first to count cards. However, they were the most professional, so their game was devastating for the casinos. They even wrote computer programs to find out the ideal strategy in given situations, which they improved over time.

"After returning from a trip to Las Vegas, we recorded all the information on a computer," recalls MIT team member Semyon Dukach.

New team members were trained for weeks to months at MIT's school campus then began gaining gaming experience in Boston's Chinatown. After completing training, they could go to Las Vegas and start advancing in the team hierarchy.

In the 1990s, the MIT Blackjack Team visited Las Vegas every weekend.

As soon as they chose a casino, they first sent a counter there, who watched the table and counted the cards. As the situation that was most favourable for the players, he gave a secret signal to his teammates, who sat at the table and began to place high stakes, until they received a sign again that the situation was not so good.

Card counting is not illegal, nor is it considered cheating. But the casino can have you excluded from the play. In the casino, you will also find many employees who watch the players all day and look for potential counters and cheaters. Of course, the members of the MIT team knew this, and so they changed their appearance and identity.

They sometimes went to the casino as high rollers, wealthy entrepreneurs who, at first glance, just scattered money in the casino. In addition, Dukach used his Eastern European ancestors for his role.

"In one of the best years, I went to Caesar's Palace every weekend as Nikolai Nogoff, an arms dealer from Russia," he adds. "But I never told anyone I was an arms dealer; they just thought I was."

The MIT team also enjoyed trips on the famous trips to Sin City. They got tickets to every show and even sold-out boxing matches. Then they spent the rest of the night with the strippers. "It was a bomb," says Dukach.

Yes, it is true that in their heyday, the students did well, but everything ends once and for all, and so did the MIT team, which robbed Las Vegas casino millions of dollars during its existence.

Here's a preview of the latest card counting film and the MIT team, which was formed in 2008. In film 21, Kate Bosworth and Kevin Spacey starred.

It was 1980, and Harvard graduate Bill Kaplan had been using the card counting technique introduced by Edward Thorp in his book Beat the Dealer for three years. Kaplan has led several blackjack teams that have had success at Las Vegas casinos. With the development of gambling in Atlantic City, Bill Kaplan decided to form a team on the East Coast as well. The fact that it was called the MIT Blackjack Team was actually just a coincidence.

"JP Massar and a few of his MIT friends were the first players I trained and took on the team," says Kaplan. One of the other players was John Chang. JP and Chang were vital members of the original blackjack team in the early 1980s. The Team gradually grew by other players. Most were from MIT, but not all. The Team also included players from Harvard and Princeton. As the Team expanded, Kaplan gained more and more players, and two of them became the inspiration for the book Bringing Down the House, which was an inspiration for the movie called 21.

The film unleashed controversy among those who know the true story of the MIT team. In the movie, all members are white, while most of the real members were Asian.

Jeff Ma came from a wealthy family. He wanted to study medicine at Harvard, but his motivation faded when he found out how much money he could make from counting cards in blackjack. While most of the MIT team criticised the movie, Jeff Ma even played a small role as a dealer. After the end of his blackjack career, he founded several websites, which were later bought by larger companies such as Yahoo. 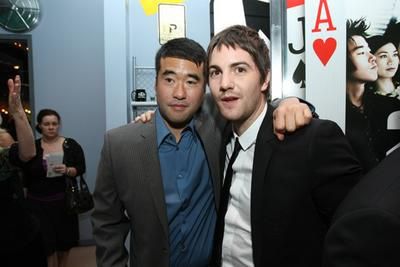 Another member of the Team was Mike Aponte, Jeff's friend, who taught him how to play blackjack and brought him to the MIT team. Both friends pursued the common goal of making as much money as possible for blackjack. Mike Aponte was from a military family, and they often moved from place to place. Despite attending 11 different schools, he graduated with honours. While studying economics at MIT, he learned from a friend that there was a group of students who made money by counting cards.

Aponte said he was passionate about blackjack when he met the MIT team. It didn't take long for him to win the position of "Big Player" in the Team. The Big Player was a member of the Team that had the best self-control at the table. He did not necessarily have the best counting skills. The other players signalled him when the table was good, and he sat down and started playing.

Mike Aponte was so good that over time he became a team manager. Aponte was responsible for recruiting and training new members. He continued in the lead until 2000 and helped him make millions in profits. After the MIT team demise, Aponte continued professional card counting. In 2004, he won the World Blackjack Championship.

The Organisation of the MIT Blackjack Team

How the MIT team worked has long been kept secret. Some members of the Team still play blackjack and would not be happy if all their methods were revealed. However, there is out enough information to at least paint a picture of how the MIT Blackjack Team worked.

A team manager led the Team. Bill Kaplan, JP Massar and John Chang took turns in this role most of the time. Mike Aponte had a dual role as manager and Big Player for a short time.

The team manager was not usually someone who participated in a physical game. The manager's role was to organise gaming sessions and ensure that players could safely move money from place to place. At airports, players often hid large amounts of banknotes on their bodies under clothing. Admitting these kinds of money would raise too many questions. The tax office would start to be interested, and they would like to know how several university students came up with such money and whether they pay taxes from it.

Work of the MIT Blackjack Team in the Field

The Team was strategically deployed in several casinos under the supervision of a manager who organised the entire operation. If a team member had problems, the manager had to solve it.

The second member of the Team was a Spotter. The Spotter's job was to look for good tables. The Spotter sat down at the table like any other player and bet minimal amounts. As the game progressed, he counted the cards and signalled to another player when the table was hot. One of the leading Spotter of the MIT team was Jane Willis. Jane was a student at Harvard and is now a respected lawyer.

When the table was hot, the Spotter signalled to a Big player, who sat down and started betting large sums. When the table cooled, the Big Player was instructed by the Spotter to stop playing. The Big player also had to understand card counting, but it wasn't his primary job. The Big player had to be able to control his emotions. The biggest asset of the Big player was self-discipline. Without it, the temptation to gamble could cost the entire Team much of the bankroll. Also, the Big player had to be an expert in hiding from casino experts to detect card computers.

What Happened to the MIT Blackjack Team?

The MIT team was very successful until its dismissal in 2000. Several factors contributed to the end of the Team.

Casinos were becoming better at identifying and catching card counters. The most significant point was the invention of face recognition software. Team members were forced to wear disguises to hide their identities. It worked well in the beginning, but as the software improved, the disguises stopped working.

The reward did not equal the risk taken. In addition, many members have earned degrees and well-paid jobs in the private sector. No one wanted to ruin their career by being caught counting cards.

Several members remained to play blackjack even after the Team was disbanded. John Chang was one of them. He earned decent money by counting cards and continues this career to this day. Chang has been caught many times in casinos and is forced to use increasingly sophisticated disguises to get into one at all. Several other members are still interested in the gaming business, where they use their blackjack experience.