The simplicity of slots has been one of the reasons why they are loved globally. Many giant developers beat all the odds by releasing titles that resonate well with players yearly.

The importance of wild symbols

Most slot games have wild symbols that many do not know. It is also challenging for some players to understand how different symbols work, considering that they are so many.
On the other hand, the faces of experts glow when they see them popping on their screens as they bring more winnings. Their visual effects and the profits create a thrilling moment that everyone would die for.

Below are different types of wild symbols in slots.

The sticky Wild symbol remains on the reels for more than one spin multiplying the chances of winning big. According to gambling experts, Sticky Wilds gain a position on the screen and have their settings depending on the game being played.

They allow gamblers to reap big wins as they quickly stack up in a sticky wild play. It is important to note that Sticky Wilds are common features of a bonus, but they are rarely seen in regular play.

What slots include this feature?

Popular slots that feature the Sticky Wild symbol include Immortal Romance, Dead or Alive, and Narcos. Dead or Alive is a western-themed slot machine that has gained popularity through Sticky Wilds, which remain sticky during the extra round of free spins. 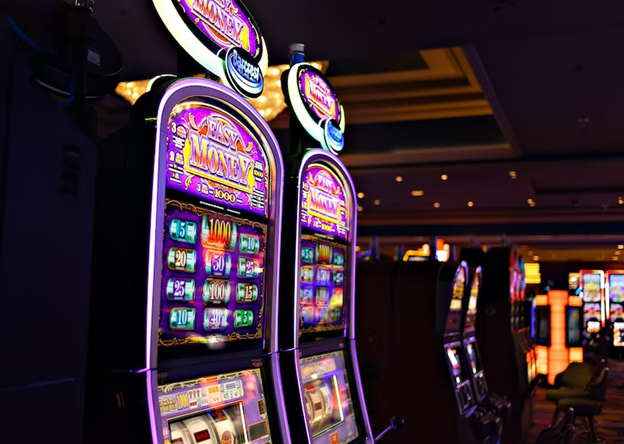 Occasionally, Wild icons introduce more multipliers. Multiplying wilds increases each win they create by doubling or tripling the win. It is easy to come across slots with more than one Wild symbol offering high multipliers whenever they participate in a winning combination.

The symbol has a multiplying value, meaning that any win is multiplied by the amount attached to the Multiplying Wild symbol.

Many experienced players view Shifting Wilds as a variation of Sticky Wilds as they remain on the reels during many spins by changing their position. Shifting Wilds move horizontally, contributing to winning combinations until they disappear from the reels.

It is a strange rule, but developers are turning the spins that have the Shifting Wilds symbol into a battle. Playtech’s Batman vs. Superman: Dawn of Justice and RTG’s Rocket Men are good examples. The wilds in the two titles are in the form of rockets that fly from Trump to Kim or vice versa, destroying one of the countries in a nuclear explosion.

They look like Wild symbols piled on each other, taking an entire reel and increasing the chances of winning big. Slot titles such as Stardust are good examples of a game that features the Stacked Wilds symbol.

Expanding Wilds take one position on the reel and later take the whole reel. Although they have a similar function as Stacked Wilds, their expanding icons are more impressive.

Among the most popular, Starburst does not offer bonus games, but whenever a player’s spin reveals a wild symbol, it expands, covering the entire column. Players are awarded a free respin with the expanded wild.

Players receive another free spin with both columns of wild symbols in place when another wild shows up on any of the other reels during the respin. Expanding Wilds are the highest-paying symbols, especially when reels are developed for respins or free spins.

Starburst is also the most popular slot used by online casinos when they give you a free bonus.

Wilds can be grouped in various ways, such as in 3*3 found in NetEnt’s Fruit Spin. On the other hand, NetEnt’s Guns n’ Roses have a high appetite for Destruction Wild. The symbol is shaped like a cross covering up to five positions.

Wild symbols substitute for other game symbols and create winning combinations. There are many wild symbols, but the above will bring keen readers closer to the world of slots.

Slot machines are not just a simple game

Now that we covered the meaning behind slot machines’ symbols, we can agree that gaming developers are interested in creating an entertaining experience for their customers.

Pelican Casino
$15 no deposit
Code not required
Get bonus