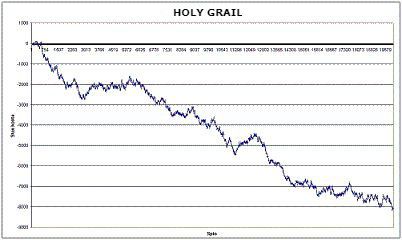 Obviously, the progression went completely below zero as we had assumed. We observed a downward trend. We have attempted to apply a linear series progression. It meant that if we bet on certain numbers per every 20 spins and we did not reach a profit, so then we increased the bet size by one unit on each number. The outcomes are shown in the following graph: 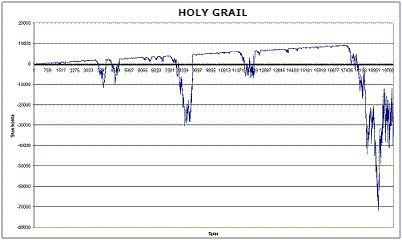 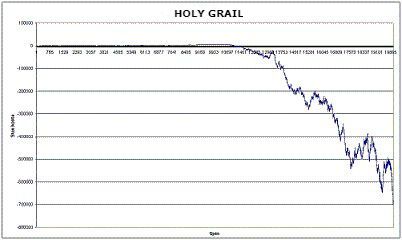 According to our expectation, the graph resulted in the typical Martingale progression. Therefore this roulette system had an upward trend but huge local slumps were present and reached values of up to hundreds of thousands of units.