How to Play Roulette

Roulette certainly needs no introduction. It is the most popular gambling game ever and you can play it in virtually all classic and online casinos. Roulette is among pure gambling games because it’s mainly a game of chance. Although there are various roulette systems and strategies that try to reduce the importance of luck and increase your chances of winning, in the long run, betting odds are always to your detriment. That, however, should not prevent you from enjoying the game of roulette royally.

Is not exactly clear when and how roulette as such was created. The only thing known with certainty is that the first records about roulette as a gambling game come from the first half of the 18th century from France. Since its inception, roulette has gone a long way and is now known and popular around the world.

Roulette in French means "small wheel". Under this name is hidden the game of numbers, created in Europe in the 18th century, based on ancient and long-forgotten entertaining games.

Like many other games, roulette history is also linked to ancient China. A game of chance with a wheel contained individual boxes with animal iconographies. The whole wheel was on top of the stone with the number 666, one of the happiest figures in Chinese culture. Dominican monks are responsible for exchanging animals for numbers - it is because of their attempt to make the game more attractive.

British "E-O" and Italian "Hoca" are most likely ancestors. Both games included a set of 40 pockets/holes on the gaming table and a ball that pointed to the winning field. In the E-O, the area was divided into even / odd lots, in the Hoca, the pockets were numbered. It is also interesting to note that there were special squares in both games (two fields for E-O, and three zeroes in Hoca). If the ball ended in one of these fields, all the house players' bets were forfeited. The game also had a house edge.

Roulette, as we know it today, was developed at the end of the 18th century in France and its colonies.

In 1796, a French novel by Jaques Lableén, La Roulette, Ou le Jour, was created. The game and its mechanisms were described in detail, including two boxes for the banker (0, 00).

Blaise Pascal (1624-1662) French was a mathematician and scientist who is connected to the creation of the principle of roulette. Initially, he tried to construct a Perpetuum mobile mechanism, but the wheel was useless due to friction, and it became a gambling device instead.

There is one myth about Blais Pascal. Some people say he made a deal with the devil, who told him the secret of roulette and referred to the sum of 666. If you ever hear this story, just smile at it and leave as calmly as the Dominican monks.

Until 1842, gambling in France was considered a "hobby non grata" and thus absolutely undesirable. Two French brothers, Francois and Louise Blanc moved to the German spa town of Homburg to set up a casino. However, to avert the decline in popularity of roulette, mainly due to the high house edge, they decided to take a very drastic step. They removed 00 from the wheel. The house edge value suddenly dropped from the original 5.26% to a more acceptable 2.7%. And so European Roulette was created.

The success of the casino inspired King Charles III of Monaco. He gave licenses to Louise Blanc to copy their casino in Monte Carlo. And that is how Sociéte des Bains de Mers (SBM) and also the world's first modern casino resort was created.

The Growing Popularity of Roulette

The rest is history. Once the roulette with one 0 became a hobby of European aristocracy, its double-zero version has just arrived in the US, thanks to the French settlers. They brought it along the Mississippi River to Louisiana, and it quickly became the cornerstone of American gambling. Therefore double-zero roulette is now known worldwide as American Roulette.

Roulette history is one great fairy tale of a true gambling queen. She was born in ancient China, wandered through Europe, across the ocean to Quebec, and then down to Louisiana, then to Strip to Las Vegas to the smartphone in her pocket.

Nowadays, we recognize two types of roulette. First, there is the traditional European roulette with one green zero. The other one you can find is the American roulette with two zeroes. Even though the difference may seem insignificant at first, this turns out not to be the case. One extra pocket - and especially a zero - greatly effects the casino's advantage and, in turn, payouts and probability.

First thing what you will see are different types of bets. For complete newcomers, we have prepared a list of all basic bets that can be found on the roulette table. 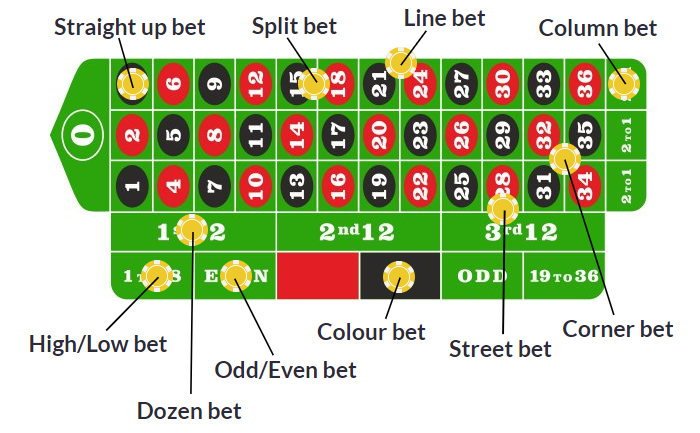 Bets can be combined with each other to cover any part of the playing field. It is, of course, possible to make bets on the whole board. These bets are nonetheless profitable, and the win in the best case will cover the loss from non-winning chips. The most popular bets are so-called even bets (colour, even x odd, high x low) with almost 50% chance of success. House edge in roulette is, however, the same for almost all bets.

The best ways to learn is to try. Play roulette online for free and try all the possible bet without risk of losing any money.

In the gambling world, we distinguish 2 types of roulette.

There are 38 fields on the American Roulette. Numbers are ranched from 1 to 36, 0 and 00. Bets are the same as other roulette types, except there is one special bet, where you can bet on 5 numbers. House edge is 5.26% for this variant. The five-number special bet has a house edge of up to 7.89%. The American Roulette is therefore quite unfavourable to the player. 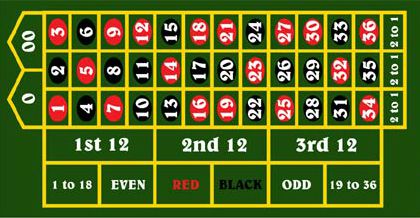 Unlike its US version, the European roulette has only 37 fields. To be specific, there are numbers from 1 to 36 and 0 on the game board. The house edge also drops with fewer numbers and its set up to 2.7%. So every time you visit a casino, no matter if online or land-based, look for European roulette first. 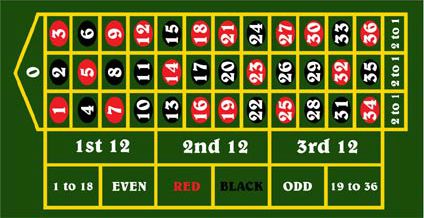 On the very rare occasions you can encounter a European roulette which offers two very special rules:

The two rules are basically pretty similar and they say that if a player place an even bet and the number is 0, half of the bet is returned to him (La Partage) or half of the bet remains in the next round (En Prison). These two rules are, however, very unusual nowadays and can be found almost exclusively in French casinos.

Which Winning Strategy to Choose?

Although this is mainly a game of luck, that has not prevented many passionate players from trying to find a "winning system". Thus many methods and procedures have been developed to outsmart game. Most of these roulette systems are based on mathematics and probabilities. There is a number of various roulette strategies and betting systems, but most of them require advanced roulette knowledge and strict betting rules. Before you decide to try any of these systems with real money, we strongly recommend that you read about them as much as possible.

The most well-known systems include: 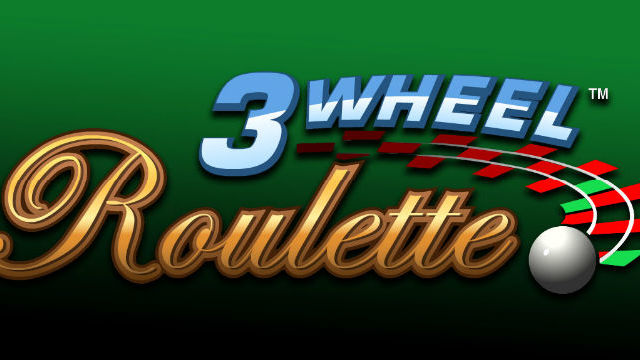 Roulette
3 Wheel Roulette - Roulette as You Might Not Know
There is no doubt about the difference between European and American roulette. Today, however, we will focus on a special type of roulette t... 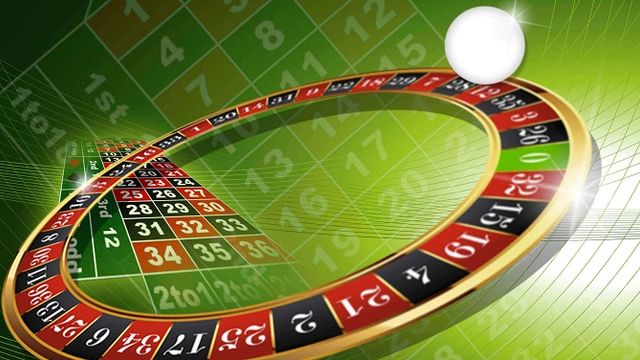 Roulette
The Real Truth about Betting Systems
Gambling is an incredible inspiration for players who are trying to beat the house. Therefore, a surprising number of betting systems have b...