The 5 Best Pragmatic Play Games Released So Far in 2022

All slots players will have a favorite developer. Some might opt for the highly volatile games from developers like No Limit City or Hacksaw Gaming, whereas others might prefer the bonus feature-heavy titles from Blueprint Gaming. Others still might like the focus on rich graphics and story-telling from Playtech’s premium games. It’s normal because all developers have certain traits that they bring to the table.

But while we can’t point to the best developer, as it is always going to be subjective, we do know that Pragmatic Play casino games always garner a lot of attention. The developer is one of the biggest in the world, all the more impressive when you consider it was founded (2015) much later than the majority of the major developers around the world.

Pragmatic has been having a very good 2022, too, churning out plenty of new slots and table games. Below we pick out five that we feel have been the best of 2022 so far:

Pragmatic is no stranger to making games based on sweets, fruits, and candies, and this is the latest in a long line of games that look a bit like Candy Crush. However, another trait of Pragmatic is that they make these games that have something of a ‘childish’ design – all pink and fluffy – yet they pack a punch to match the most volatile slots. Sugar Rush is like that, capable of delivering huge hits at any time. If we can be brutally honest, though, the slot is a bit lacking in the base game. But if you can hit a bonus, and avail of those incredible multipliers in Free Spins, then you might be on to a winner. It’s only a few months old, but it’s already a Pragmatic classic. 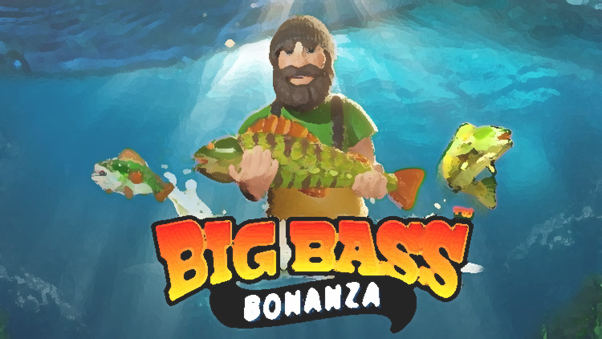 Just as Hollywood exists in the era of the sequel and the reboot, slots developers, too, are bringing out lots of new games based on popular originals. If you know Pragmatic Play, you’ll know that Big Bass Bonanza is one of its games most treasured by players. The company released Big Bass Bonanza Megaways this year, but in our view, Big Bass Splash is the superior slot. It doesn’t mess with the original formula of BBB too much, but it adds some neat new features that enhance the game. In fact, it might sound sacrilegious to say it – but Big Bass Splash is an improvement on one of Pragmatic’s most popular games ever.

By a distance, Muertos Multiplier Megaways is the newest game on this list, but we had to list it because it is a game that everyone is talking about right now. It’s not easy to release a game on the Megaways format right now that feels fresh, as there are 100s of titles that all feel so similar, but Pragmatic has achieved it by adding a cool design – it’s based on the Day of the Dead Festival – and a really neat feature in the Free Spins Bonus. Wild Multipliers in the feature will multiply the increasing multiplier (a standard feature in Megaways), meaning it’s not uncommon to hit “multis” of 100X or 200X during the feature. As such, the payouts can be insane. However, be aware that the game is highly volatile.

We are now highlighting a game that has probably got the least attention of all on this list, but it is – in our view – highly underrated. As you can gather by the title, Snakes and Ladders Megadice is based on the classic board game. Again, things can feel a bit repetitive in the base game, but the bonus feature is unique. It plays like a live-action Snakes and Ladders casino game, with plenty of serpentine pitfalls and treasures on the other sides of ladders. Plenty of fun to be had in this one when you trigger the bonus.

Another classic game to get the Megaways treatment, but once again Pragmatic has found a way to keep the formula fresh. The original Floating Dragon was certainly hugely popular, particularly with its ability to give huge hits. Much of that ethos remains here, particularly in the two unique bonus features. One of those is Free Spins, which has a cool way to build the “multi”. But the other bonus can be the most lucrative of all. If you have played it and hit the “Black Diamond”, you’ll know exactly what we are talking about.