7 Interesting Facts about Roulette You have not Heard about

Roulette is one of the most popular gambling games worldwide. It can pretty much be found in even small casinos and every online casino offers several versions of it. Although it is so well-known, we bet you’ve never even heard these facts about Roulette.

Roulette as such is a fairly old gambling game. The first Roulette wheel was assembled in the 17th century by well-known physicist and mathematician Blaise Pascal, who originally tried to build a simple perpetual mobile device. At least this is one of the most probable versions of the origin of Roulette.

In addition to creating the first Roulette wheel, Pascal also became famous for setting the basics of probability. However, this is not the most interesting fact to learn about Roulette today.

1. The Original Roulette Wheel had 2 Zeros

Although today the European Roulette wheel has only one zero, the original Roulette wheel had two zeros. This is based on the 1796 book, La Roulette ou le Jour, in which the description can be found. In the 19th century, Roulette tables with the double zero were adopted by German casino owners, trying to attract players from Paris by offering them a game of Roulette with a higher chance of winning. Roulette with two zeros then travelled across the ocean to Las Vegas and is now traditionally called American Roulette.

2. The Most Expensive Roulette Table in the World

The Roulette table is certainly not a cheap item. The Roulette wheel and accessories can easily cost between $5 000 and $7 000. This is nothing compared to the price for the most expensive Roulette table in the world. The entire table is made of 14 kilograms of gold and silver and is currently being sold at an incredible half a million dollars. 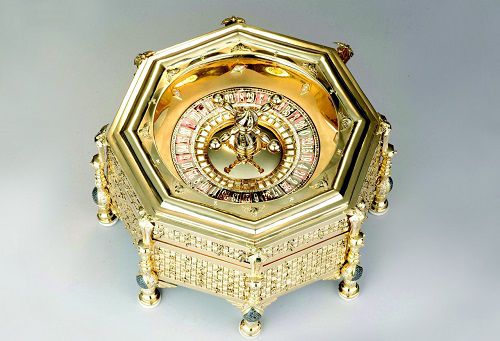 Although the house edge in Roulette is the same for all classic bets, there are bets or rules that can easily change the casino’s advantage:

Two of these roulette rules are, for example, La Partage and En Prison, which are rarely found in French casinos. These two special rules apply when a player places a bet on a colour (or other even bets) and the result is 0. Thanks to La Partage, you can receive half the bet back. With En Prison, you have the option of leaving your bet on the table for the next spin. In this case, the house edge falls to 1.35 %. These are considered as the best bets on roulette what you can make.

However, the house edge may also rise in exceptional cases. In this case, it is the worst Roulette bet. It can be played on an American Roulette table and the players wage at 0, 00, 1, 2 and 3. This bet has a house edge of 7.89 %.

In some countries and especially in old papers, Roulette is known as “a devilish game” or “the devil’s game”. This is simply because the sum of all Roulette numbers is equal to 666.

5. The Man Who Bet Literally Everything

Probably the most famous Roulette bet in the modern history of Roulette was placed by Ashley Revell. The English real estate businessman sold all his assets with the total value of £76 840 ($164 000), went to Las Vegas and bet all his money on red. … And won! Interestingly, he did not know until the last minute whether he would bet on red or black.

Some older American Roulette tables contained only the numbers from 1 to 28, 0, 00 and a field with a Bald Eagle, which is the State symbol of the US and acted like a zero. After a while, however, these Roulette tables became very unpopular and people stopped playing on them. Nowadays, these tables are rare items, worth up to thousands of dollars. 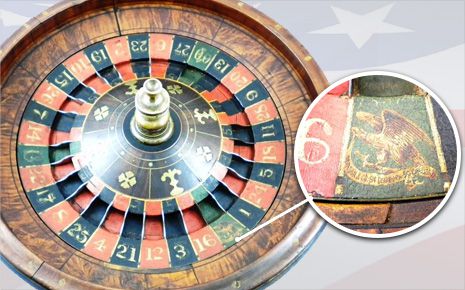 Even though players around the world try to come up with a Roulette system to outsmart the house, no one has yet been scientifically proven. Don't believe that? Try roulette for fun and see for yourself. It is absolutely free, no download or registration is required. Just wait for the game to start and play.