The very concept of dice control at craps is quite possibly one of the most controversial topics in the field of gambling. Many professional players claim that they can do it and even run expensive programs or sell books to teach you these techniques. But how is it? Does it work?

First of all, it will probably be necessary to clarify the basic concepts. Dice control with an exact result is, of course, nonsense. Even after a thousand hours of strenuous training, the human body cannot learn such precise movement. Also, when external factors such as the dice's weight, the cleanliness of the surface, the surface itself and the size of the gaming table also come into play.

However, many players claim that they have managed to reduce the house edge of craps with the proper dice stacking and training. The best known "dice controller" is Frank Scoblete, who has published several books on throwing techniques. He claims that he experienced a series of 89 throws without falling 7.

How the Dice Control Works?

There are two elementary schools of dice control. Players try to throw the dice to stay on one axis and have the same rotation as if they were glued together. Two things can ruin your throw. And this is where the schools differ.

The first style of throwing could be called continuous throwing. The emphasis is mainly on the constant mutual rotation of the dice. If an ordinary player manages to keep the dice on the axis, the probability that both dice hit the same side is 25%. When throwing continuously, players try to throw the dice so that this probability is higher, mainly so that no one dice rotates more than 90 °, 180 ° or 270 °.

The second style of dice control focuses more on throwing dice along the axis. The dice should rotate evenly on the table while keeping the direction straight. However, the throwing style itself is only the second part of the dice control. The most important thing, according to experts, is to put the dice correctly in your hand.

According to Scoblete and others, the basis is the correct grip of the dice. And there are several basic positions. The "Hardway set" is most often recommended for beginners, intended to reduce the chance of falling 7. 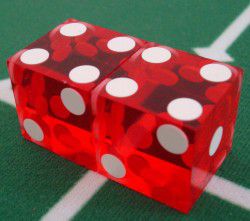 If, on the other hand, you want to increase the chance of falling 7, you choose the arrangement "All seven", in which the sum of both sides from each angle gives 7. 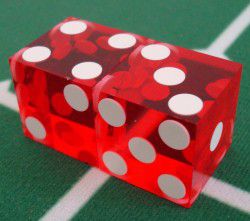 However, advanced players can try other sets: 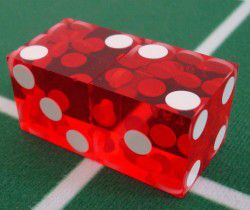 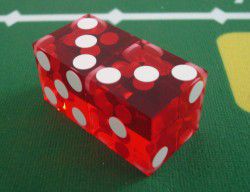 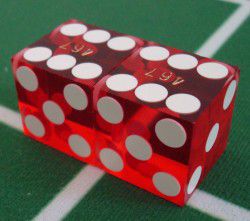 Here you can see only the primary and most frequently used sets. Overall, of course, there are many more. According to wizardofodds.com, there are currently a total of 84 ways to grab the dice in your hand.

How to Prove that the Dice Control Works

There are two ways to determine with certainty whether someone can influence the outcome of a throw or not. The first way is to record the number of 7s. In craps with a truly random roll, a seven falls according to the probability in 1 of 6 rolls. If you record several thousand throws and the ratio changes from 1 to 6, changes to 1 to 6.5, it should already be a controlled throw.

Another way to determine if a player has managed to overcome the probability is the SmartCraps test. A software program analyses the throw's trajectory and determines if the thrower has control over the axes.

One of the few recorded experiments in which professional shooters took part was in 2004 and can be found on wizardofodd.com. A professional player challenged Stanford Wong to play 500 more throws with another shooter and hit less than 79.5 sevens. The expected number is 83.33 (500/6). Out of 500 throws, two professional shooters hit seven on the dice 74, beating the probability by 1.9%. However, due to the small number of throws, it may not be entirely conclusive that it is actual dice control.

Dice control, like card counting in blackjack, is legal. Although there is no evidence to support dice control, casinos often prevent players from throwing dice in a certain way. It is also necessary that the dice bounce off the back of the table during the roll, guaranteeing randomness.

Boomerang casino
100% up to €500
Code not required
Get bonus