Today's next article on psychology and gambling will focus on how the cognitive function of the brain is deceiving us in gambling.

If you are a regular reader of our articles, you already know how the random number generator works in slot machines and other games. Often, however, in the heat of the game, the unconscious part of the brain prevails over the reasonable one and unsupported predictions about how the game might begin to form. The most common cognitive biases associated with probability include Gambler's Fallacy, Hot Hand Fallacy and Near Miss Fallacy.

Gambler's Fallacy is a relatively well-known term among psychologist and more educated players. It is a belief that if something has happened many times in the row, the likelihood that this will happen in the future decrease. In this way, the brain tries to find a balance between numbers or events, even though they have no connection with each other.

The Gambler's Fallacy is also sometimes referred to as the Monte Carlo Fallacy, according to the city where the phenomenon was probably first observed. On September 18, 1913, one casino earned millions overnight, when black on roulette fell 26 times in a row, and people massively bet on red throughout the series.

Hot Hand is very similar to the Gambler's Fallacy. It is an assumption that it is possible to predict the result based on an unrelated series in the past. Such as outputs of the random number generator. This time, however, the brain is not trying to find a balance, but on the contrary, players believe that if they experience a series of successful events, this series will continue.

This concept, although very often associated with gambling today, initially originated in basketball - be on a hot hand. While in basketball, this assumption is still entirely rational; its analogy to gambling is absurd.

The last mistake associated with the gambling probability is the delusion of close winnings. This mistake is based on the belief that if you have lost, for example, that only one symbol is missing on the payline, or if the number on the roulette wheel is close to your bet, your chances of winning increase the next round are higher. You can notice this on slot machines that offer a bonus for three scatter symbols. As soon as two stopped on the reels, the last scatter flashes in the animation. In some countries, however, these tactics are prohibited by law. 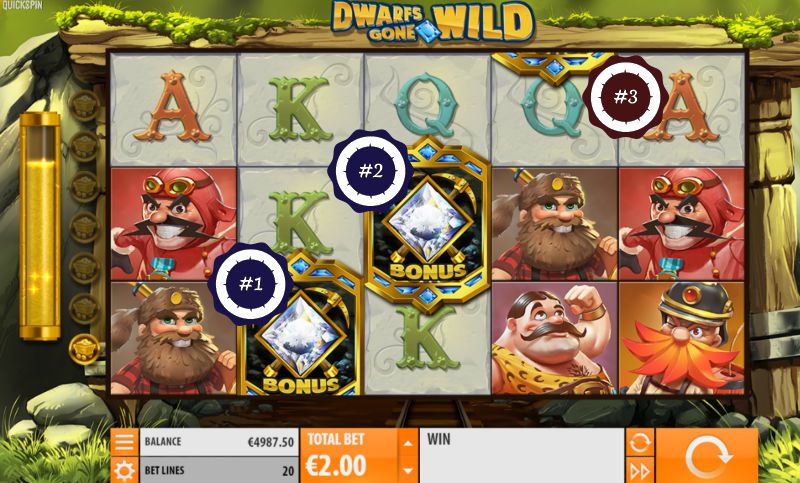 This concept was first defined in the context of gambling by psychologist Dr Ellen Langer. This is a subconscious impression of players who believe they have more control over the game than they have.  This gambling delusion applies only to games of chances such as roulette or slot machines. In card games like blackjack or poker, gaming experience and skills are crucial and can be learned through training.

Dr Langer has conducted several experiments on the subject, which have led to surprising conclusions. Although test participants did not have proper control over the results of the game, most of them concluded during the testing that positive results were due to their ability.

For example, how players try to control the game can be founded in craps, where it is proven that players throw dice more strongly if they want a higher number to fall.

Another problem with cognitive functions is associated with selective memory. Selective memory is a very peculiar phenomenon whereby the human brain favours memories that strengthen our beliefs, hopes or expectations. This can be very problematic, especially for gambling, because we remember mainly winnings instead of losses. 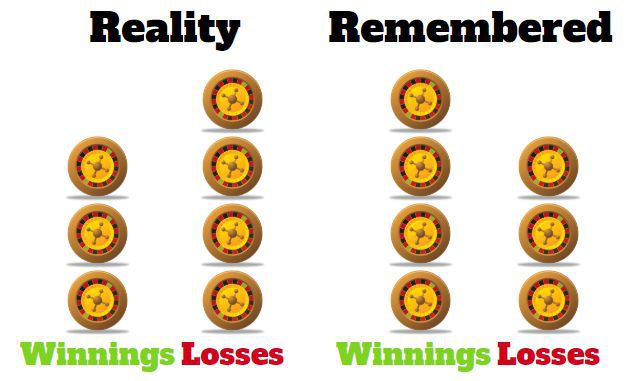 Of course, one does not forget all the losses but instead gets a distorted view of their ratio to winnings. This may result in players continuing to bet beyond the point where they should no longer play. Many players are in great shock when they find out how much they have lost in the last year.

The last part about how the cognitive function of the brain affects gambling will be an analysis of belief in various personal attributes. For example, one of these features may be an idea of ​​how the luck works. Some believe that luck can come and go. Some players believe that various things, people or activities can increase their luck. It can be a lucky coin or number, a woman at the table, or people, for example, can believe that they will raise their chance of winning when they go to the casino on a particular route.

Gambling players generally belong to very superstitious spirits, so many activities should or should not be done. The best-known ones are probably blowing the dice before throwing, crossing your fingers, saying aloud the winning number or tapping on wood.