The 5 Biggest Casinos in Las Vegas

In today article, we are going to show you the biggest casinos in Las Vegas. Check the most famous hotels and casinos in the world.

Las Vegas is undoubtedly the most famous sin city in the world. During its more than 100-year history, it has attracted millions of tourists who have spent billions of dollars on gambling and on other entertainment that casinos in Las Vegas can offer. If you are going to the famous city of gambling, we bring you the best casinos and hotels which you can visit.

The first mention of Las Vegas was from 1905 when a settlement called Las Vegas was built in Nevada near Fort Baker. A few years later, the settlement gained the status of a town thanks to the construction of the Hoover Dam. However, we will be most interested in 1931, when gambling was legalized in Nevada and began construction of the first casinos.

The first one worth mentioning is El Rancho Vegas, which was built in 1941. This resort was constructed a few miles outside the city next to the U.S. road 91. Other hotels and casinos quickly followed that example, creating the famous Las Vegas Boulevard, also known as The Strip.

For the next decades, gangs, mafia, and drug cartels overtook control of Las Vegas and used casinos and hotels to launder money to finance illegal activities. This was mainly due to Bugsy Siegel, who built the first large Flamingo casino in the Nevada desert, whose construction was financed by money borrowed from the American mafia.

The organized crime era in Las Vegas ended in 1966 when millionaire Howard Hughes arrives in the gambling capital and starts buying up casinos.

Today, Las Vegas is a gambling heart in America, with two of the three largest hotels and casinos in the world. 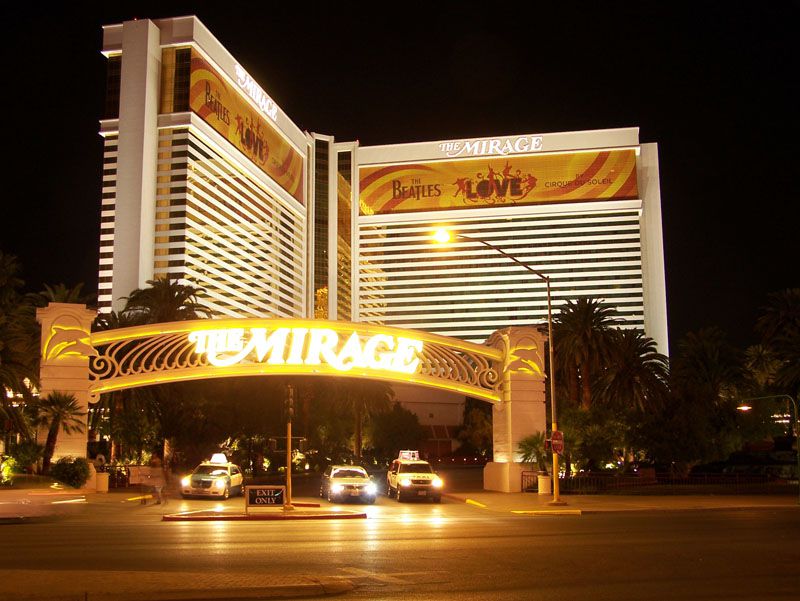 The Mirage Casino can be overlooked today due to larger projects, but we have not forgotten about it. The casino opened in 1989 and it was the first resort to be built for money from Wall Street. At its time, It was the most expensive casino hotel in Las Vegas. Its entire construction cost $ 630 million. It was also the first casino with a 24/7 camera system on all gaming tables.

Resort The Mirage is considered the predecessor of the style in which Las Vegas is now. You can find there several characteristic architectural treasures such as a secret garden, a fountain in front of the entrance, a dolphinarium or an artificial volcano. 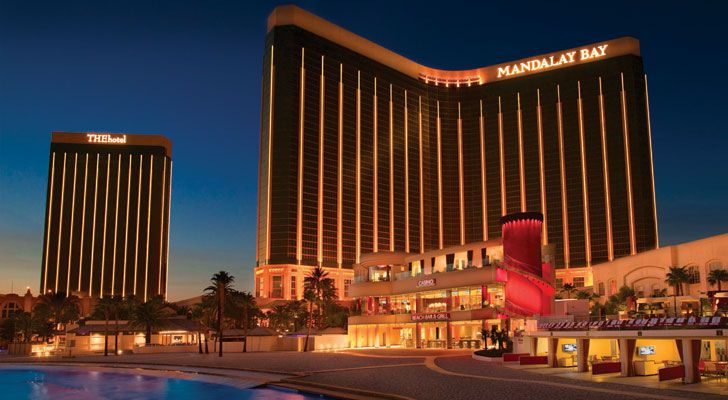 The Mandalay Bay hotel and casino with more than 3,000 rooms were opened on March 2, 1999. The casino was named after Burma's second-largest city. Interestingly, despite the name Mandalay Bay, the city itself is located inland and has no bay.

Mandalay Bay resort includes a giant casino of more than 12,500 square meters established in Southeast Asian style. As is the case in Las Vegas, hotel visitors can enjoy many attractions. The largest of them is probably the famous Shark Reef aquarium, covering an area of 5 hectares. 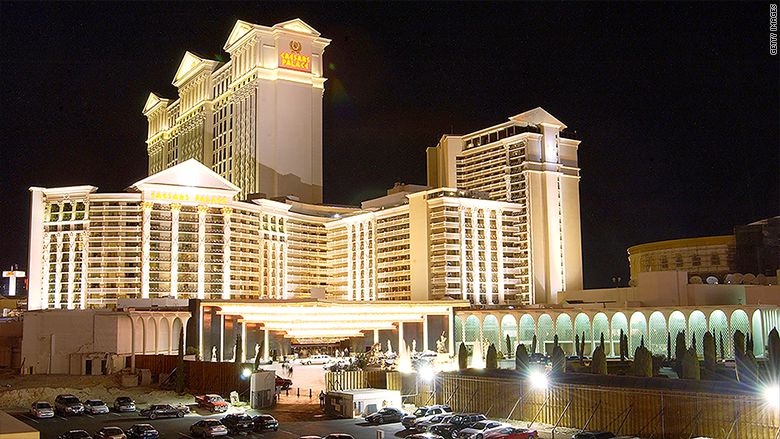 Ceasers Palace is one of the largest and most famous casinos in the world. Jay Sarno founded the casino and the hotel in 1966. As its name suggests, the casino is built in the style of an ancient Roman empire with several statues, period columns, and 6-meter Julius Caesar, who greets casino visitors in front of the entrance.

Apart from playing, guests can also entertain themselves in the Coliseum's life replica, featuring and performing the biggest musical stars like Celine Dion. 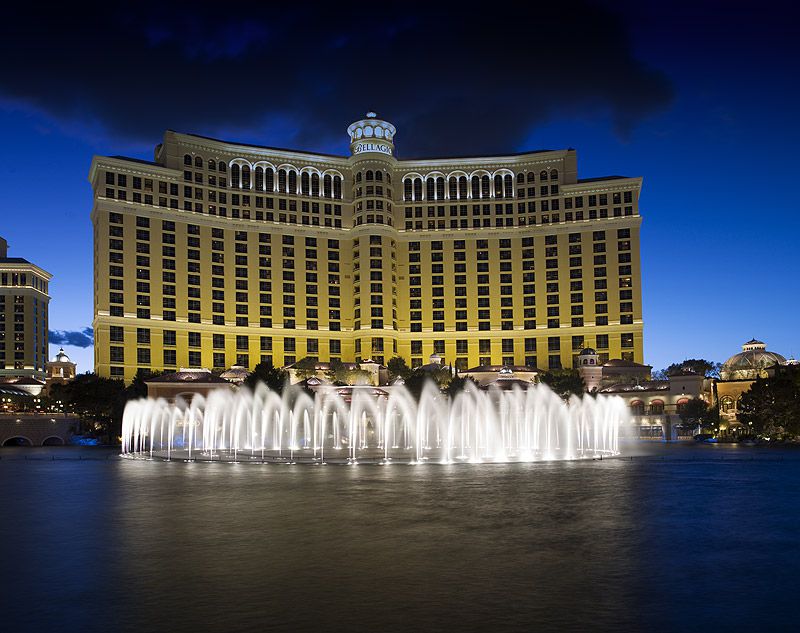 Our list of the best casinos in Las Vegas must include the Casino and Hotel Bellagio. The Italian city styled casino of the same name was inaugurated in 1998. So it is a relatively a new casino, which soon reached worldwide fame.

With an area of ​​over 10,000 square meters, you can play all your favourite gambling games. However, Bellagio got popularity thanks to its poker room, which is often called The Office.

The main spectacle of the hotel and the casino is the giant music fountain in front of the casino entrance. Set in an artificial 3-hectare lake, this fountain displays an audiovisual show with a few exceptions every 15 minutes. 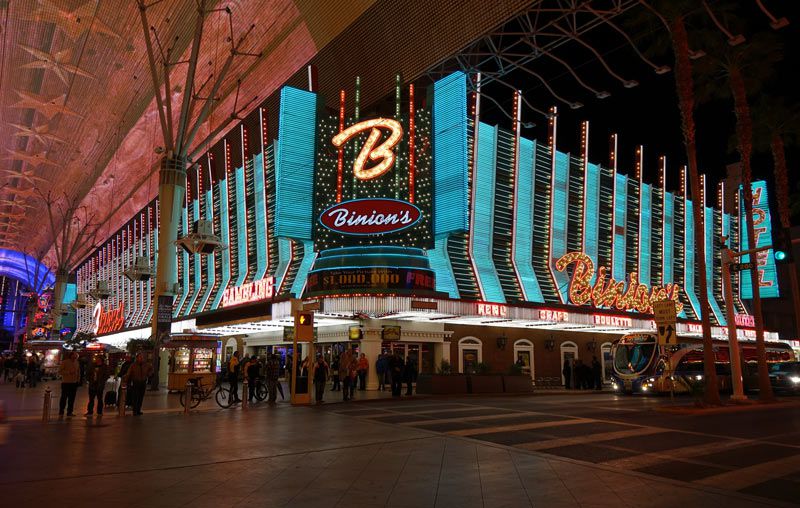 Binion’s Gambling Hall and Hotel, or formerly known as Binion’s Horseshoe, is one of the best-known casinos located outside of Las Vegas Strip. Instead, it is located on Fremont Street, which is the second-largest casino and hotel avenue after The Strip.

The Binion’s Resort was named after its founder, Benny Binion, who built the casino in 1951. Since its beginning, Binion's has gained a reputation for its unique, low-ceiling, velvet-clad riverboat style. It was also the first carpet casino and also the first casino to offer players free food and/or drinks.

Visiting the Binion’s casino is considered one of the things you must do on your trip to Las Vegas. This is especially true for poker lovers. The Word Series poker tournament began here. 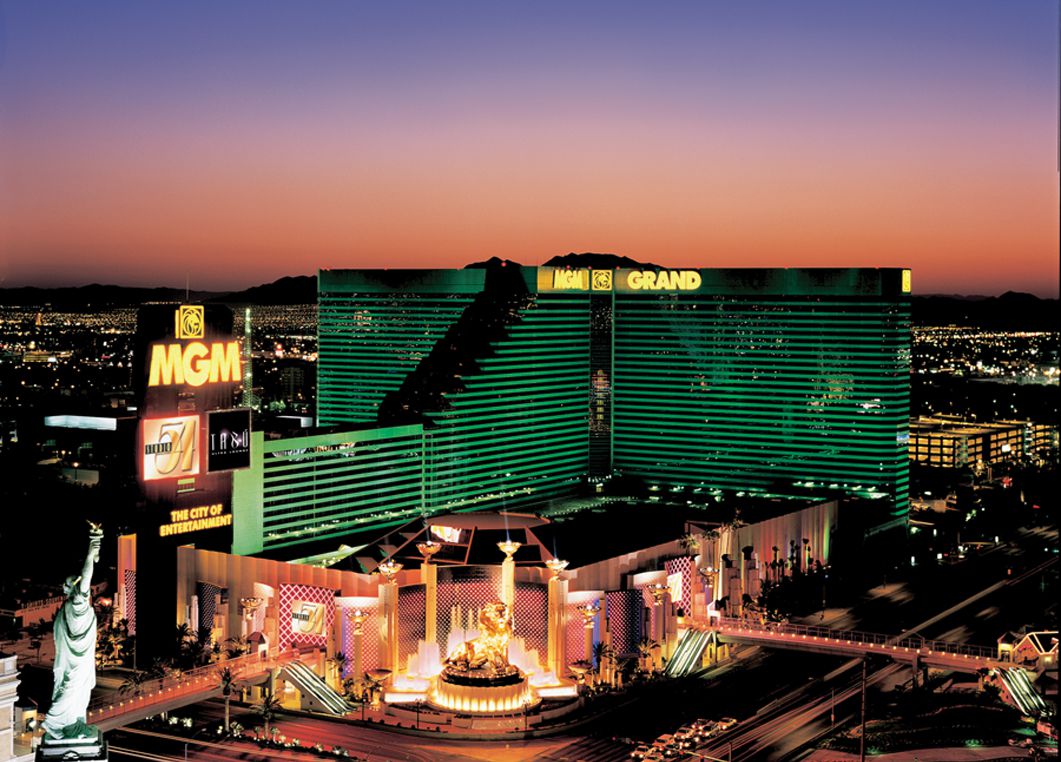 MGM Grand possesses a giant casino of over 15,000 square meters with more than 2,500 slot machines and a total of 139 poker and card tables. Most popular is the section with high limits slots where you can bet up to $ 1,000 per spin and win up to half a million dollars.